Learning and working outside of the classroom

Home/Learning and working outside of the classroom 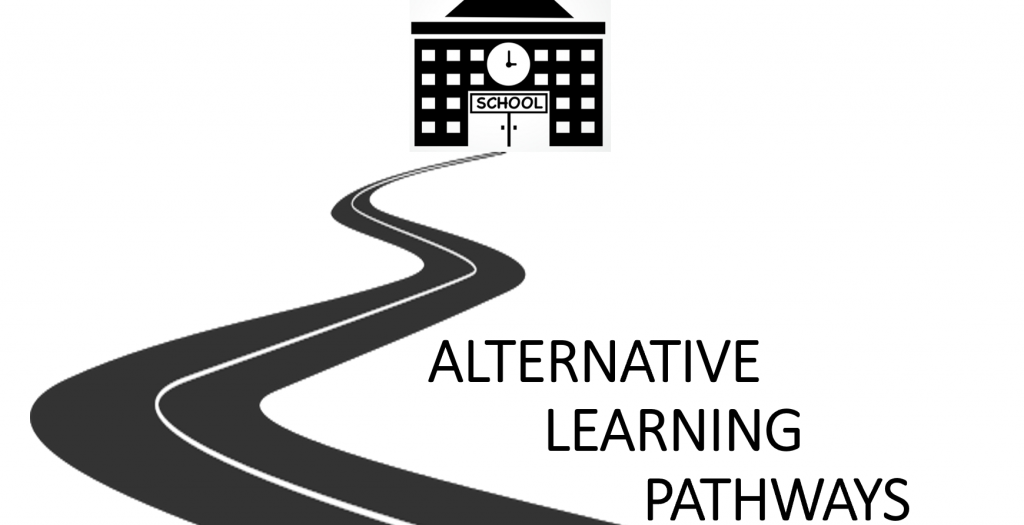 The esteemed cultural anthropologist Margaret Mead, reflecting on her schooling in 1920’s America wrote, “My Grandmother wanted me to have an education, so she kept me out of school.”

A century later, grandmothers in the developing world have quite a different reason for keeping their children out of school; work. When the choice is between reading books or reaping rice, hunger wins every time.

In Nepal, the second poorest country in Asia, 70% of the workforce is engaged in the agricultural sector. But with an estimated 1,600 men applying for visas to work abroad every day, you can’t blame mothers or grandmothers for turning to children to help feed the goats, harvest the rice, or look after younger siblings. This is the hidden scandal behind global migration and economic stagnation. Schools may indeed give children a ‘ladder’ to climb out of poverty, but it’s hard to climb steps on an empty stomach, and there’s little point if indeed the ladder is propped up against the wrong wall.

Even before the devastating earthquakes of 2015 destroyed an estimated 9,300 schools, the Nepali public education system was in crisis. A lack of qualified teachers, high levels of absenteeism among staff and pupils, poor resources and very little professional training resulted in 67% of students from the public-school system failing their School Leaving Certificate (SLC) examinations. If the equivalent failure happened within the healthcare arena we would close hospitals.

Thankfully, new national initiatives such as Teach for Nepal are beginning to build a wonderful movement of young professionals to work in the poorest schools. The UN Sustainable Development Goals of promoting Quality Education – not just any education – is also helping to focus minds and create strategic partnerships. However, is it time to radically think about other pathways to learning? After all it’s not just in developing countries that young people are finding school less relevant to the changing world.

International Development charities like Mondo are increasingly realising that delivering the same services in the same manner is insufficient. Whilst we have to respond quickly to natural disasters, we should always be assessing the impact we make and becoming better at anticipating emerging opportunities and innovating to create sustainable change. However, as the Standford Social Innovation Review stated last year, “Deviating from the norm – to pursue novel principles, embrace unorthodox thinking and learn from failure – is difficult. Like their peers in the For-profit world and the public sector, it often takes a crisis for non-profit leaders to truly break with the status quo.”

So, if we accept there is a crisis and have to re-think how we might do things differently, how might we better serve local decision makers and co-design new pathways for a changing Nepal? Here are some ideas.

Manjari Mundara a journalist from Nepal writing in the Himalayan Times about education stated, “One initiative to improve and sustain quality education could be to fund students and their families rather than fund teachers.” If families had a financial incentive to send their children to school, they could use this funding to directly employ an adult to work on the farm (benefiting the local economy) and release the child to attend school. Equally, if more bodies provided scholarships for students it would create demand for higher quality teachers. Mondo has directly sponsored 330 16-18 year olds in Nepal for a 2-year scholarship so they can continue their higher education. Providing funding directly to students – espeically young women – helps give students more agency and also membership of a powerful alumni.

There are already more mobile phones in Nepal than people (over 38 million) and last month smartphone penetration in the country crossed the all important 50 % threshold. Popular Nepali songs on Youtube have more than 17 million views. Non-profits should work with the Government to promote online learning resources which both train teachers, and enable young people to upload and share their learning resources directly from their mobile phone. An awards programme which recognises the most engaging online learning resources could help incentivize universities, schools and students to create and share their digital resources for students and, importantly adults too. Speaking of which, if you have an adult illiteracy rate of 29%, video, podcasts and peer-learning tools, available on 4G, become much better mediums than chalk and talk.

Across the world many non-profits develop small grants programmes for entrepreneurs to establish new social and commercial enterprises. Mondo itself has funded over 1,000 HIV+ Women in Tanzania through its grants and loans programme. Why is there not a similar micro-grants programme for young people in Nepal? A modest £200 a year could be all it takes to help a young person establish their business. With access to further loans, such a national scheme could kickstart a generation of new workers who, with mentoring and support from Nepali nationals (including the millions working abroad), could be supported in developing jobs in higher-quality industries such as tourism, IT, hospitality and solar. Prioritizing support for young women is especially important and there are unique alternative learning spaces which are gender specific, for example girls hostels which are being built to ensure girls are safer in traveling to and from schools.

If young people are working in the work place, then they should be entitled to learn in the workplace. Providing incentives for companies to train staff in functional and soft skills is crucial if young people are to avoid becoming stuck in low-wage jobs and a lifetime of economic and social immobility. Employers have a vested interest in educating their workforce and they should do this before automation, AI and machine learning arrive to make low-skilled workers redundant. Excluding and shaming companies which collude with those using child-labour would be non-negotiable.

Finally, transforming education in Nepal has to start with prioritising working with and through local leaders in the new federalised structure. The best learning takes place in groups and NGOs should consider stop focusing on the hard ware (which is the “relatively” easy part) and address the very real soft-ware issues. Training teachers and co-designing new more relevant pedagogies is critical, but it takes both time and a renewed commitment to work alongside others, share resources and demonstrate greater empathy, whilst at the same time being brave enough to pilot and take risks and set off in new directions which creates new paths.

It used to be said that “it takes a village to raise a child”, but if villages are being deserted it will require a global village to share its resources and insight and learn together.  The price of doing nothing is something which no country, continent, village or family can afford.

This was a summarised version of a talk that Stephen gave at the British and Nepal NGO network (BRANNGO) Education conference in October 2018. see photos below and slides here 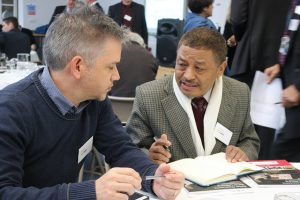 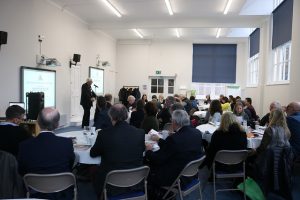 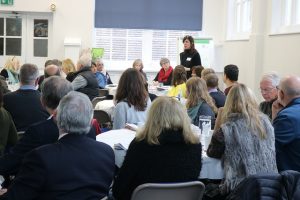 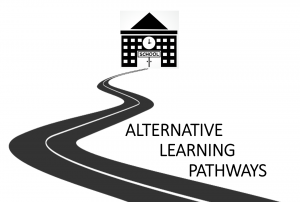