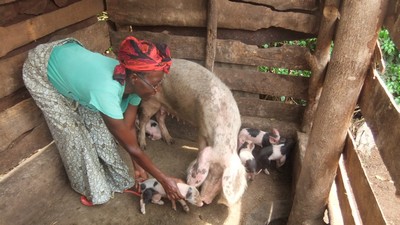 Our CEO continued his visit to Tanzania, moving finally to visit more grant and loan recipients in Pasua. If you’ve missed the earlier blogs, catch up on Part 1, Part 2 , Part 3 and Part 4.

We set off early with Mama Glory to visit the Pasua region, where our first call was with Nia, a lady who is totally unique in the Mondo scheme in that she makes bricks!  I first met her back in 2009 and we were so pleased to see how the business has developed.  She now has two huge stacks of bricks being fired and regular collections from local builders. She employs an assistant for the heavy stuff but, even aged 59, is still very active.  As ever on these visits, one tried to be creative and to make helpful suggestions.  In this case it was wondering if she might turn her hand to the more expensive coloured bricks one often sees in some modern houses around Moshi.  Will she, won’t she, time will tell! 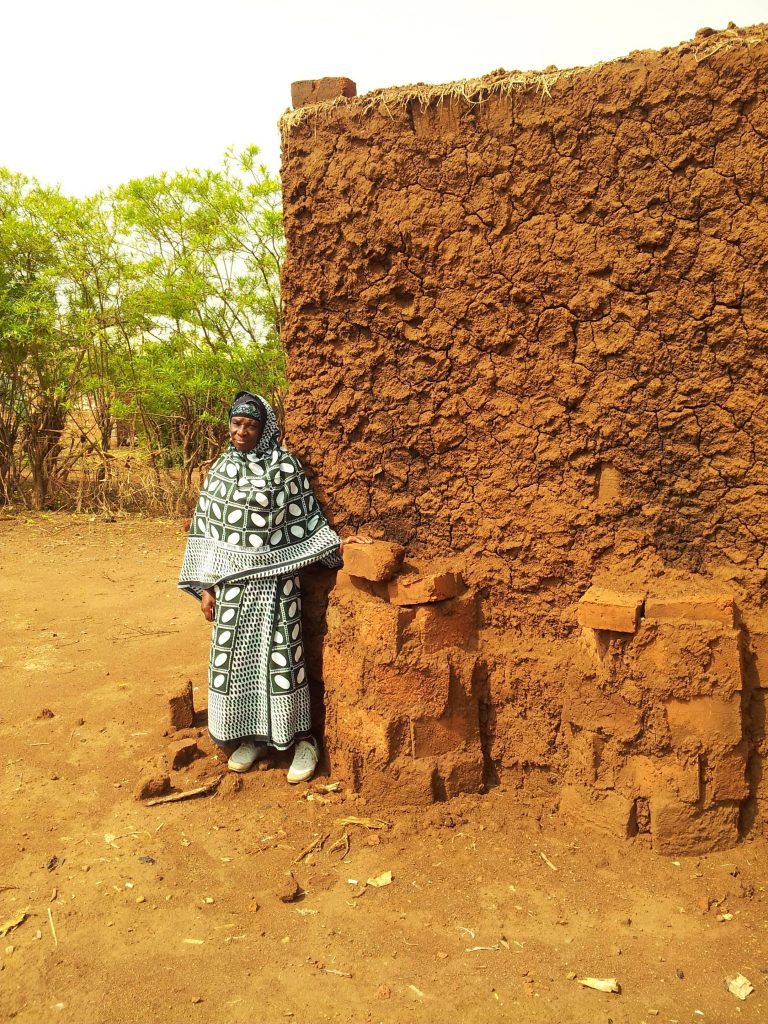 Nia tends to her bricks

The morning rushed past as we visited one inspiring lady after another.  Tantalisingly, we crossed and re-crossed the old rail track all morning.  We visited the Pasua market where we were asked not to take pictures as our recipients are anxious not to be identified as having HIV, but we saw an onion seller, a tomato vendor and another lady selling bananas.  All staples with plenty of competition but the overall feeling of good cheer pervades the whole scene and nobody seems bothered if a customer buys from a competitor.  Next time it will be from them! 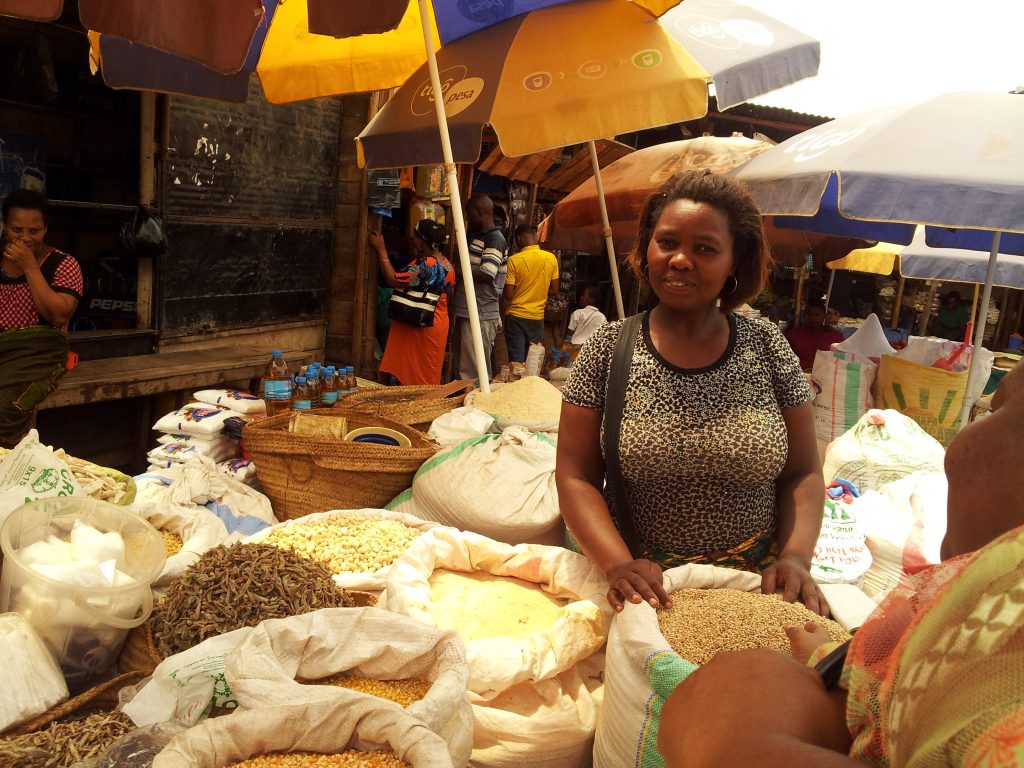 Anna at her market stall in Pasua

Our next, and last, port of call was the rural township of Msaranga.  It’s always been a favourite of mine because of the variety of businesses we support.  This time we visited a fairly new recipient, Lucy (cover photo), whose sow had just had eight piglets; dear little creatures and all of them falling over themselves in the search for milk from the contented looking mum!  Four are females and will be kept for further breeding, The other four will eventually be sold off, providing a useful income for 45 year old Lucy and her children.

A particularly colourful visit was to hairdresser, Judith.  Her new salon, set up in a rented room on a busy corner site, was relatively sparse, apart from the hairdryer and chairs.  I commented on the lack of wall pictures which would incite customers to try new styles. Judith said that she and Glory will look out for some from her suppliers.

If you’ve enjoyed this, check out the final chapter!