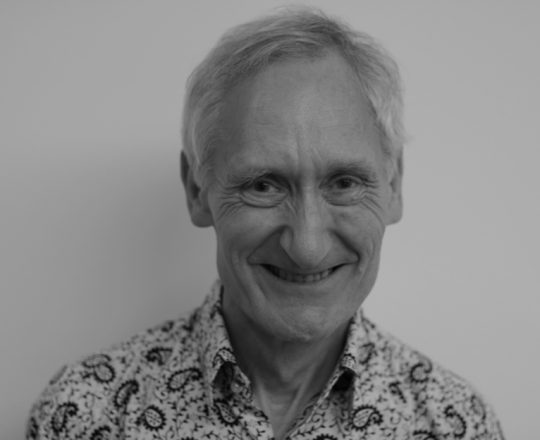 Retiring early Hirsh decided to fulfil a lifelong ambition to spend a substantial period volunteering in India. Looking around and finding Mondo Challenge led Hirsh and his wife Gill to spend three and a half months in 2008 in the village of Sindebong half an hour’s walk up to the town of Kalimpong in NE India. While Gill taught in the village school Hirsh was involved in a variety of projects on behalf of Mondo including help develop and promote the Village Discovery Tour but most importantly the early stages of building a new school in the village of Kashyem to become the secondary school for the Mondo primary schools in the surrounding villages.

Hirsh was so engaged by this work that on return to UK he stayed involved and in 2009 became a trustee of the foundation. Since then he has taken a special interest in the progress of our schools in both India and Nepal, has developed a close relationship with our staff on the ground in both countries and has visited each of them at regular intervals – most latterly in February / March 2017.

While Hirsh is involved and committed to all aspects of Mondo’s work in both countries he has a particular interest and passion to help our schools improve the quality of the education they provide to their students. He has initiated and supported a number of activities in this regard most recently working with another of Mondo’s trustees to introduce a quality improvement methodology for the schools.

I love going to visit our schools and renewing my acquaintance with the local Mondo staff and the headteachers of the schools. While I am prepared to challenge them they know I am their friend and some of them feel even more like extended members of my family.